For image denoising, there is an important line of work that uses the self-similarity principle that natural images obey: an image contains many image patches similar between each other. To remove noise, one can look for similar patches in an image and average them.

Another interesting concept used in patch-based denoising is that each noisy patch has a cleaner version at a coarser scale of the image. 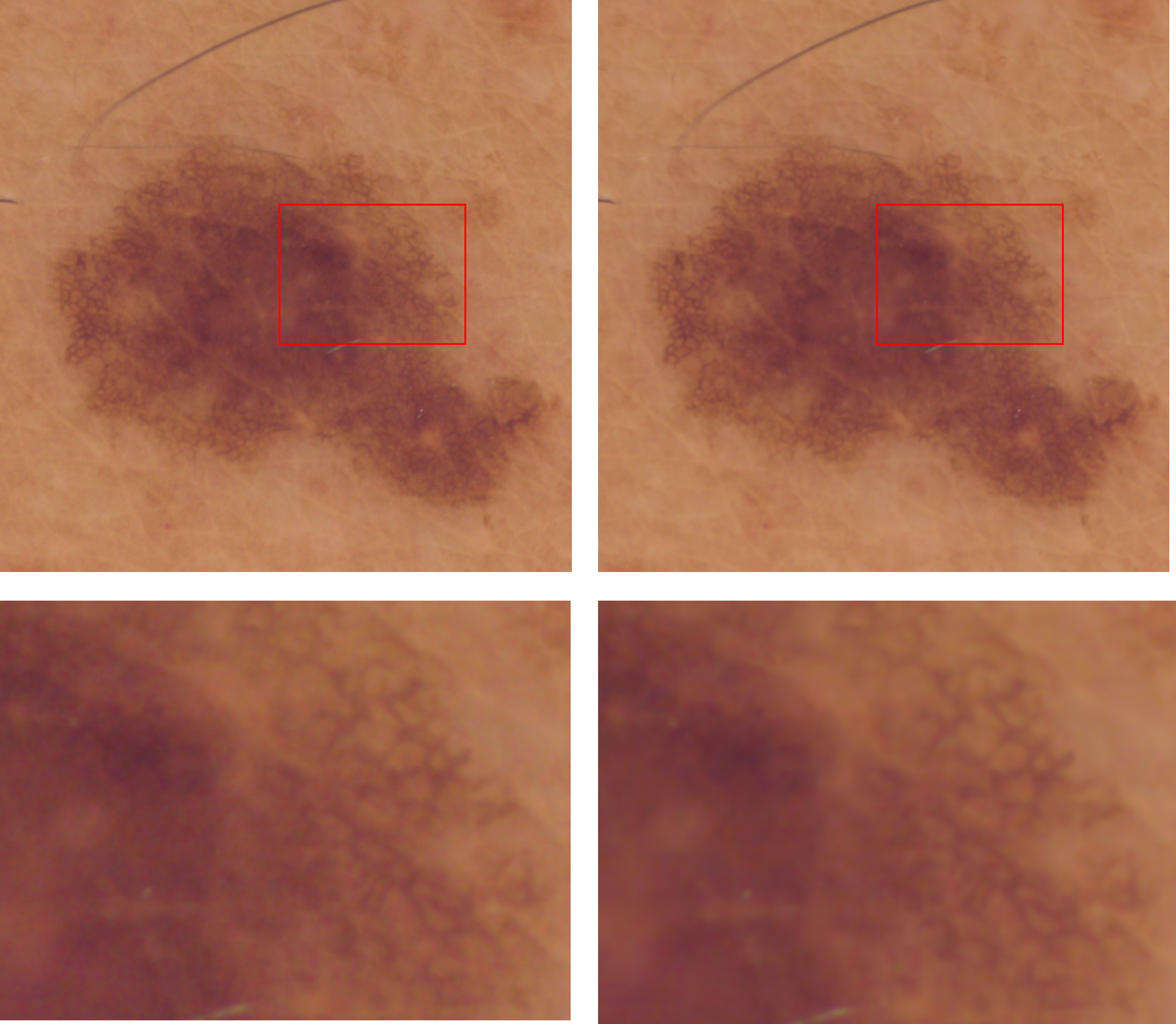 Gaussian Mixture Models use the idea that natural images exhibit a complex structure at a global level but locally it is simple: an image can be locally decomposed into overlapping similar local patches that can be modelled as mixtures of Gaussian distributions.

Instead of looking for similar patches in the image itself, the EPLL method uses a prior: a Gaussian Mixture Model learned from a very large set of patches from different images.

Figure 1 illustrates an image example of EPLL denoising and the challenge of any denoising method to properly separate noise from the high frequency image component: it is noticeable that with noise, some amount of fine details is removed and blur is introduced. This is why after denoising, in practice, an enhancement technique is often applied to increase image sharpness.