The task of real-world noise removal is challenging, as the noise model is highly complex. CNNs have lately achieved state-of-the-art denoising performance, but the networks are extremely large and complicated for a better accuracy.

Invertible networks are light models that were created for unsupervised learning of probabilistic models. They are able to change one distribution to another with a bijective function without losing information, and they were used successfully for image generation. 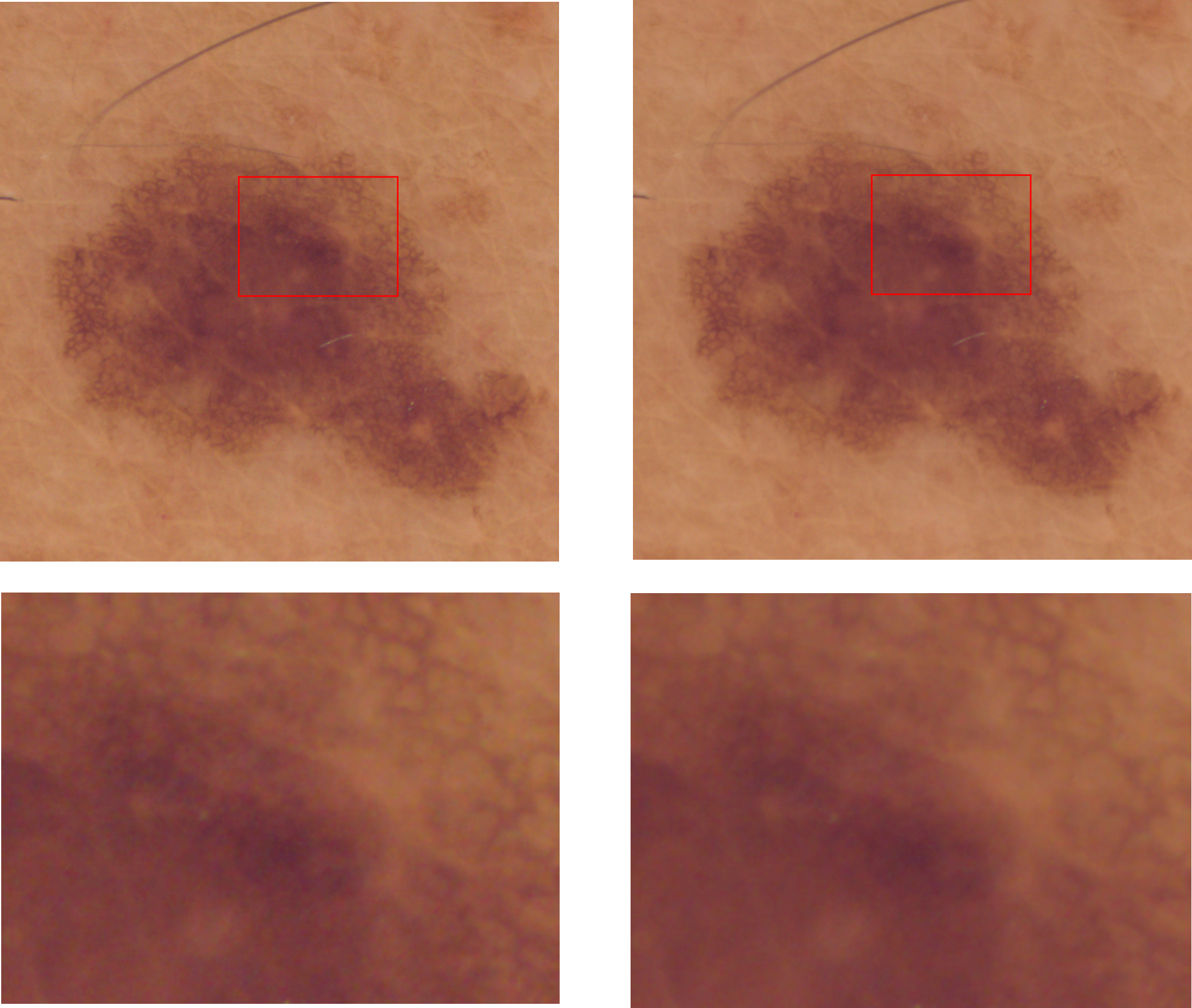 To apply invertible networks for image denoising as in [1] is not a trivial task, as the noisy input and the clean output follow different distributions. First, the noisy input is transformed into a lower-resolution clean image and a noisy latent representation. For image denoising, the network called InvDN changes the latent representation that contains noise with a cleaner one obtained from a prior distribution during reversion.

Invertible networks do not use convolutions as feature extraction, as they would not be invertible anymore. They use the Squeeze operation and the Haar Wavelet Transformation, as illustrated in Figure 2.

In the figure 2 the Squeeze operation extracts features following a checkerboard pattern. The Wavelet Transform extracts average pooling of the image, followed by the vertical, horizontal and diagonal derivatives.