As introduced in the previous part of this blog series, Gaia-X is a European project aiming to reduce Europe’s dependence on outside corporations by achieving a secure and open data-driven ecosystem.

Gaia-X establishes its presence across Europe (and beyond) through national hubs, which act as contact points for each country. Increasing the number of hubs to 18, the Institute for Computer Science and Control (SZTAKI) has recently established the Gaia-X Hungarian National Hub in Budapest, thus joining Hungary to the initiative [1]. The official announcement was made on April 27th, 2022, on an event attended by Dr. Károly Balázs Solymár, Deputy State Secretary for Digitalization at the Hungarian Ministry of Innovation and Technology, Marco-Alexander Breit, Head of the Artificial Intelligence and Digital Technologies Working Group at the German Ministry of Economic Affairs and Climate, along with numerous members of the Gaia-X Board and SZTAKI, and representatives of the Eötvös Loránd Research Network and the corporate sector.

The participants of the hybrid event highlighted the great potential of European cooperation along with its benefits, and emphasized the importance of data as a resource in economic growth, competitiveness, and innovation. Dr. Károly Balázs Solymár noted that “strategic autonomy in Europe can be achieved by developing and, where appropriate, pooling national capabilities”. The importance of the Hungarian connection was stressed by Dr. Maximilian Ahrens, Chairman of the Gaia-X Board of Directors in his presentation of Gaia-X’s mission in the European data industry.

The Hungarian Contact Point Coordination Team was represented by the Deputy Director of SZTAKI, Dr. Róbert Lovas, who underlined that "In the last decades SZTAKI has become a key player in the research, development and deployment of state-of-the-art data and cloud infrastructures both at national and international level. Our institute is committed to further foster the development of the ecosystem around the data industry and data assets, which we will be able to take to an even higher level in the future in the framework of the Gaia-X cooperation with our existing and new partners". The design and planned organizational structure of the newly established contact point was presented by Gábor Érdi-Krausz, Project Coordinator at SZTAKI. He also introduced the five planned working groups of the hub, covering the areas of mobility, manufacturing and Industry 4.0, energy, agriculture, and health. 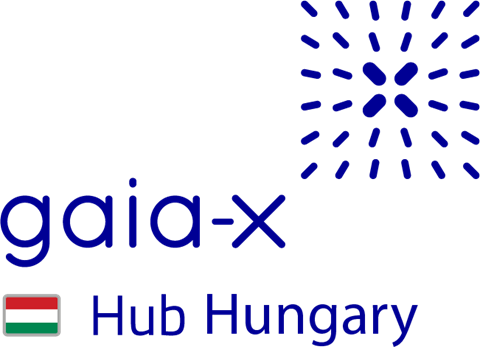 By creating a national contact point, SZTAKI aims to set the stage for Hungarian organizations joining the Gaia-X ecosystem, and establishing mutually beneficial, international partnerships based on secure data-sharing. With a guarantee of data sovereignty, said companies can increase their competitiveness and innovate while participating in collaborations built on authenticity and trust.